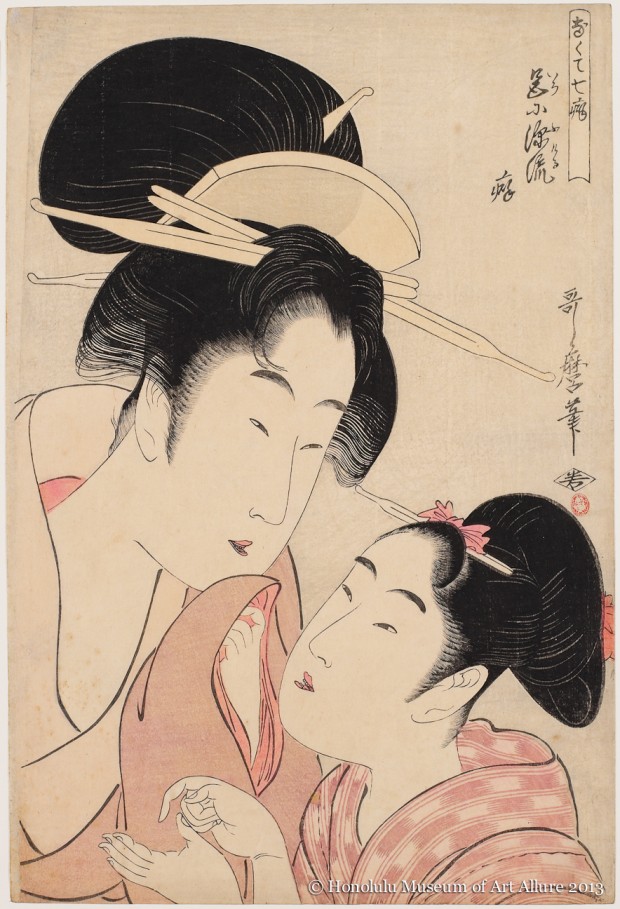 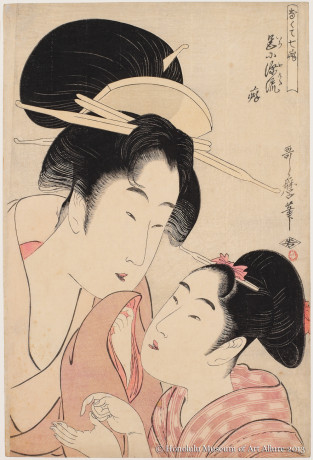 When this print was made, Utamaro was at the height of his influence, and his sensitive, innovative techniques for depicting his subjects had attracted many followers (and competitors), transforming canons of beauty in ukiyo-e. Tragically, though, in 1804 one of his designs, based on a banned novel, led to his imprisonment (including handcuffing for fifty days, which probably affected his abilities as an artist), and he died within a year of being released.

Many of Utamaro’s most memorable designs are in the ōkubi-e or “bust portrait” format. While full-length, often stately posed depictions of beauties were common among many of Utamaro’s predecessors and contemporaries (including Kiyonaga, who was only a year older but seems to be from an entirely different generation), he instead focused on their faces.

The present print is closely cropped, with a heightened sense of intimacy conveying a private conversation between an older and younger sister concerning matters of the heart. This compositional technique allowed Utamaro to explore the psychology of his subjects as never before; in this case, the younger girl’s naively insecure eagerness is superbly juxtaposed with her advisor’s amused confidence.