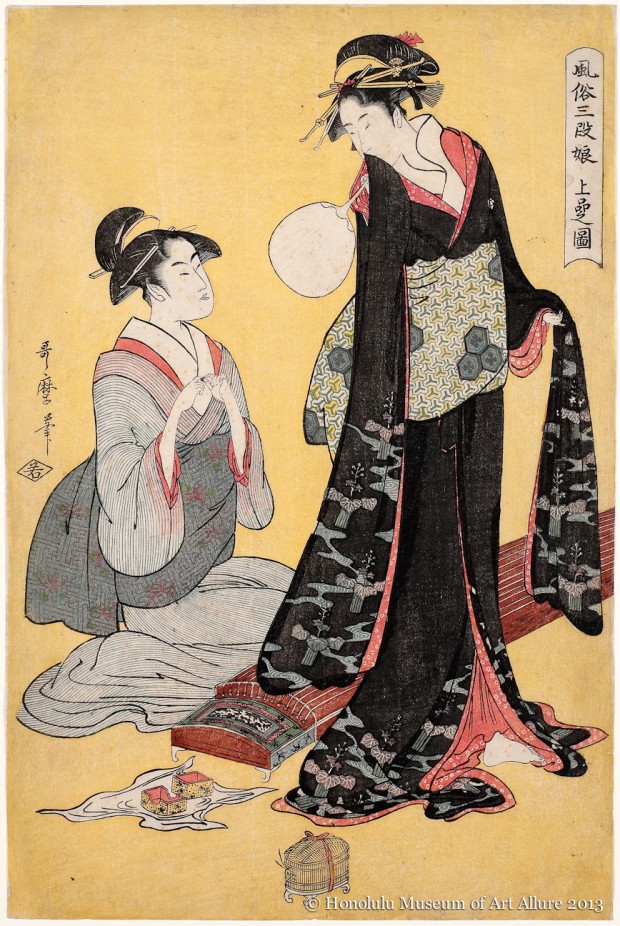 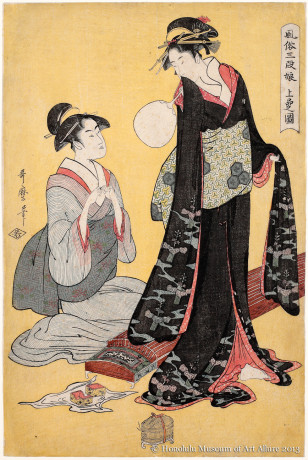 Characteristic of ukiyo-e artists in general, and both Utamaro and his contemporary Kiyonaga in particular (for example, see Kiyonaga’s Street Traffic at Nihonbashi also in this section), was an awareness of the social status and stages of life of their subjects, which often was reflected in both their manner of dress and their relative placement within a composition. This is nowhere more evident than in the series from which this print comes, depicting canons of fashion for different social classes.

The woman kneeling on the left is wearing a short-sleeved kimono, indicating that she is already married, and she further is placed in a position of subservience. On the other hand, her student, who the print title indicates is an illustration of the upper class, stands in clear dominance as the focal point of the entire scene.

She wears the long-sleeved robe (furisode) of an unmarried woman, and her outfit overall consists of more expensive and elaborately patterned fabrics (even her hair is decorated with more pins of higher quality, and ribbons). Perhaps in part due to her higher position than her teacher, though, she is less than diligent in her studies, and easily distracted by the chirping of her pet cricket, in a cage occupying the foreground.