Home Section One: Ideals of Beauty

Section One: Ideals of Beauty 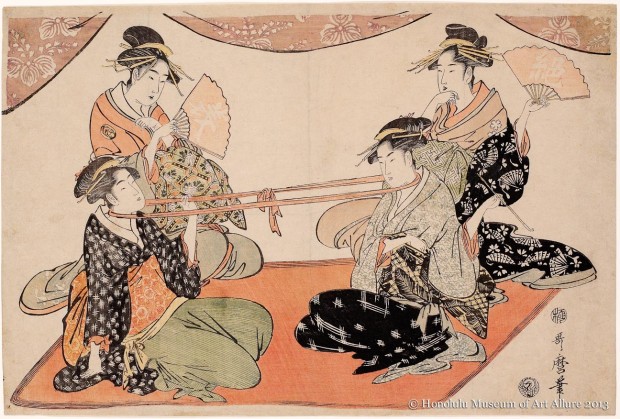 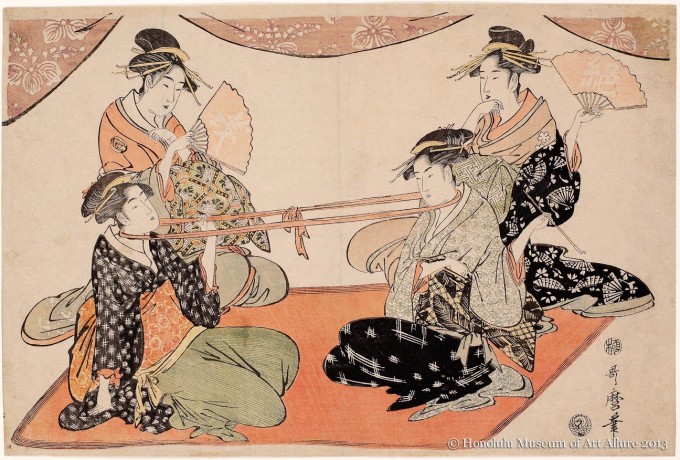 18th-century Japan witnessed a perfect combination of social stability, urbanization, the dissemination of wealth to a broader segment of the population, and an increase in literacy that resulted in the growth of a new popular culture and a distinctive art form, ukiyo-e, to express it. This has sometimes been over-emphasized as a complete break with the past, yet as we will see, artists such as Harunobu continued to draw from the same classical sources that had delineated Japanese culture for centuries. At the same time, Harunobu updated his illustrations to reflect the fashions (fūzoku) of his own time and people, not those of a remote courtly aristocracy.

Ukiyo-e artists turned not to the tragically inaccessible beauties of ancient imperial poetry as their ideals, but to rather surprising alternatives: teahouse waitresses, entertainers, merchants’ daughters, and even prostitutes. These were chōnin (townspeople) one might encounter in everyday settings; and yet through the considerable skills of the artists they inspired, a unique mystique developed around them that forever redefined beauty. 18th-century artists did not merely respond passively to trends of the time, but rather played an active role in making them. Osen of the Kagiya teahouse owed her fame in no small part to Harunobu’s numerous depictions of her, while Utamaro identified Okita, Ohisa and Toyohina as the “Three Beauties of the Kansei Era,” and their enduring legend is as much due his innovative artistry as to their evanescent charms.

The entire staff of the Honolulu Museum of Art would like to express its deep gratitude to the Robert F. Lange Foundation, which continues to support the Asian Art Department's efforts to catalogue and conserve its collection of Japanese woodblock prints, including the artworks in this exhibition.
»