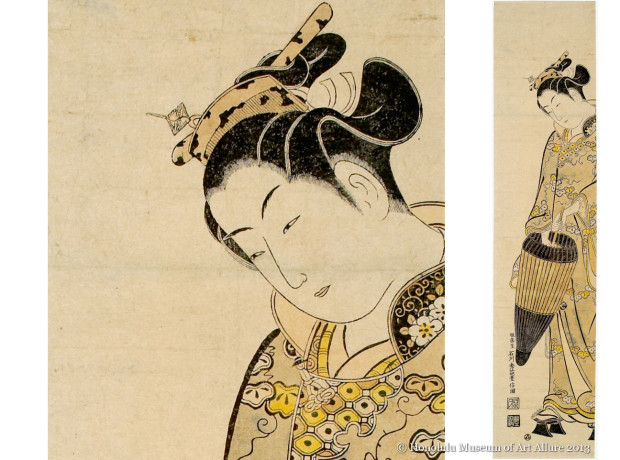 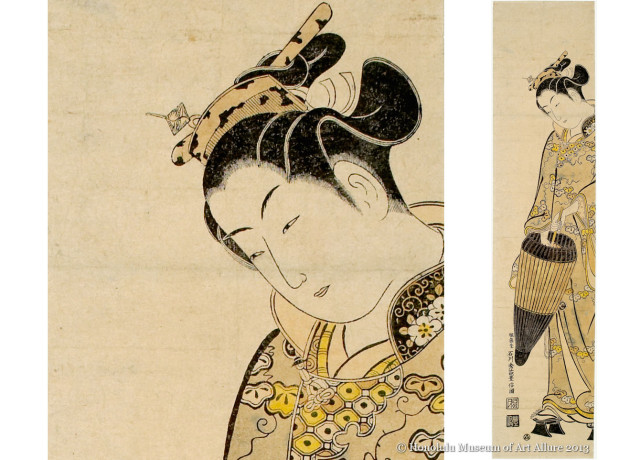 Although not specifically identified, the woman in this print is probably a tayū, or high-ranking courtesan. Tayū enjoyed a celebrity status during the 18th century, and were icons of fashion and beauty emulated by women of other social categories. Although during later periods the styles of clothing and hairpins became exaggerated to the point of absurdity (a courtesan’s sandals were so high she had to have help walking, and a simple promenade could take hours), in the first half of the 18th century elements of fashion were expressed with more subtlety.

The woman’s raincoat (sode-gappa) has a high collar modeled after European coats introduced by Portuguese traders and missionaries in the late 16th century, and it is decorated with a grapevine motif also of foreign origin (introduced from China, but ultimately coming from the Silk Road), adding a further element of exoticism.