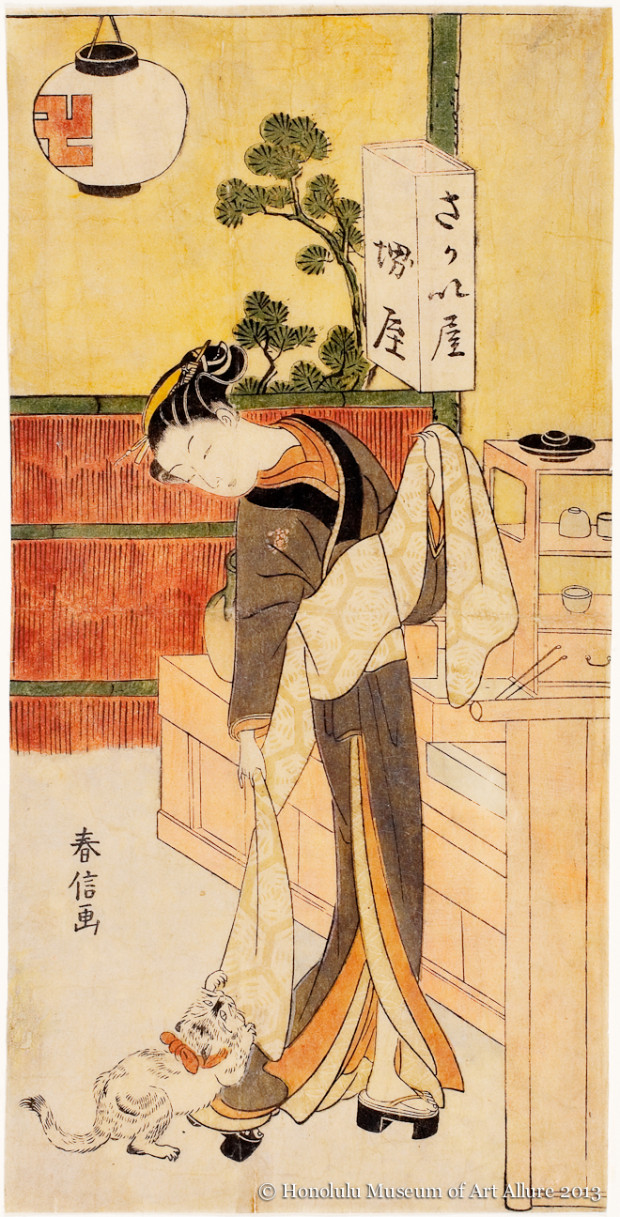 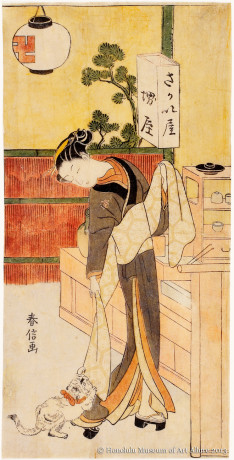 The setting of this print, the Sakaiya teahouse, is identified on the sign in the upper right. Sakaiya was located on the grounds of Sensōji, the Buddhist temple from which the Asakusa district of Edo takes its name (Sensō and Asakusa are alternative readings of the same Chinese characters 浅草).

In 1656-1657, the Yoshiwara, Edo’s only licensed pleasure quarter, was relocated to north of Asakusa, and both Sensōji and the area in general became closely associated with the Yoshiwara and other entertainments like Kabuki Theater. Consequently, numerous teahouses were also established to serve the many visitors, both Edoites and tourists from other parts of Japan, who came to Asakusa to experience its cosmopolitan pleasures, which reached their peak of fame (and infamy) in the second half of the 18th century.

Osode was one of the most renowned beauties of the Meiwa era (1764-1772). While she is not identified by name in the print, she was the main attraction of the Sakaiya, and audiences at the time would immediately have recognized her from the teahouse with which she was associated.