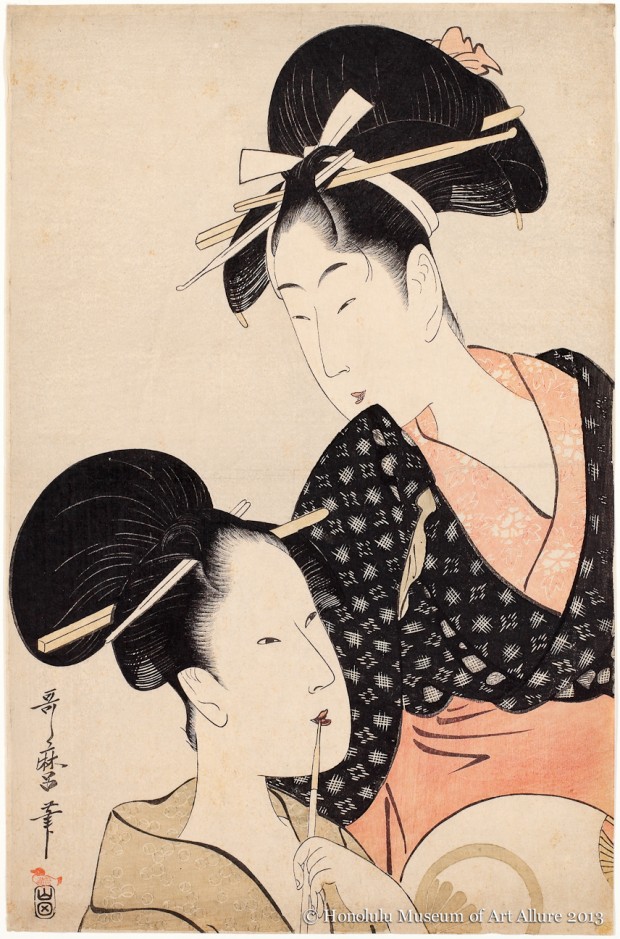 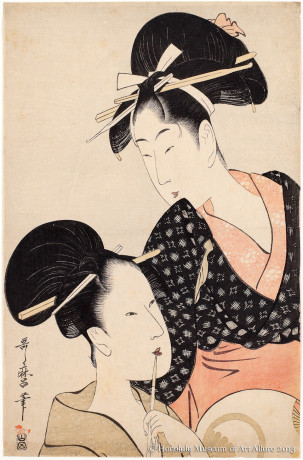 Utamaro used subtle details to distinguish the two subjects of this print as an older and a younger woman. The older woman’s married status is shown not only by the simpler pattern of her kimono, but also by her shaved eyebrows and blackened teeth.

Teeth-blackening (ohaguro) was popular as early as the Heian period (794-1185), when it played a part in coming-of-age ceremonies for aristocratic women. Ferric acetate, made from dissolving iron filings in vinegar and mixing the solution with vegetable tannins, was applied to the teeth every few days, and in addition to being a mark of beauty, also had the advantage of serving as a dental sealant to protect the teeth. Ohaguro was widely practiced by married women, prostitutes and entertainers during the Edo period, but eventually was banned in 1870 as part of the modernization program of the following Meiji Restoration.

Utamaro further revealed the younger woman’s teeth to contrast their whiteness, carefully delineated the fine hairs of her eyebrows, and dressed her in a more eye-catching outfit, the outer garment of which has a pattern woven in weft ikat using the kasuri technique, while the brightly-colored undergarment (with a matching obi) is decorated with flowers done in shibori tie-dyeing.