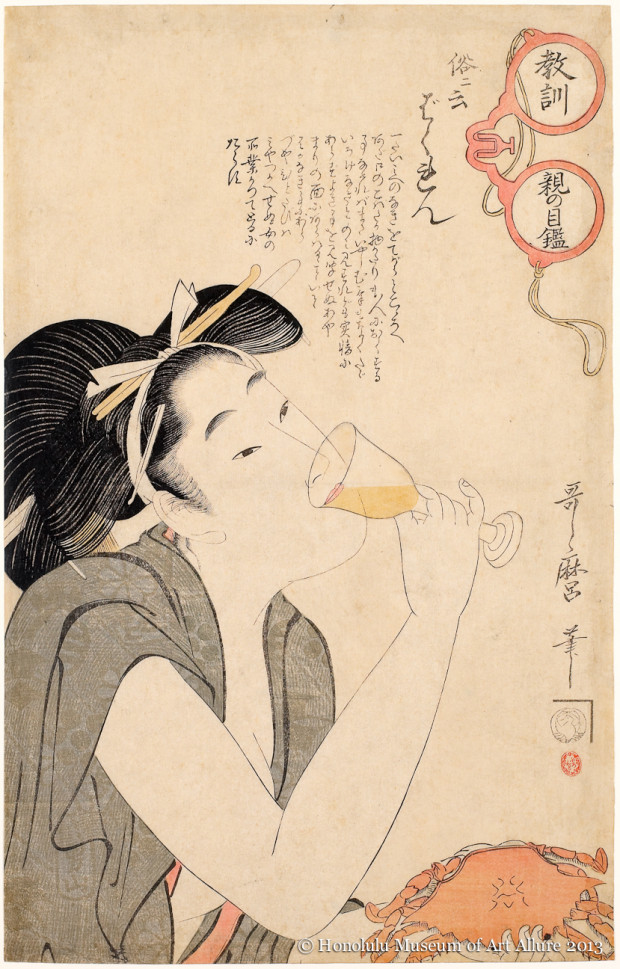 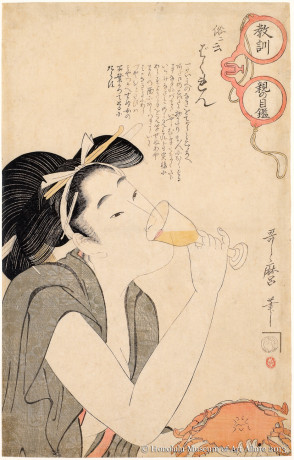 Of special interest in this print are the eyeglasses of the cartouche series title in the upper right, and the glass from which the woman drinks sake, both exotic imports brought to Japan through Dutch trade missions. Despite its intimate association with the dissolute lifestyle of the pleasure quarters, depictions of debauchery in ukiyo-e sometimes ironically were intended to dissuade inappropriate behavior, as in Utamaro’s series A Parent’s Moralizing Spectacles, with ten known prints encouraging viewers to consider how their actions might be perceived by others.

A slovenly figure, with her robe hanging loosely about her shoulders, reveals her breast as she indulges in excessive food and drink. The inscription in the upper center describes her as someone who is completely without propriety, and takes delight in flaunting her lack of self-restraint.

Through the filter of Utamaro’s refined treatment, even a subject as “unworthy of attention” as this achieved a level of exquisite beauty, with delicately undulating lines, remarkably detailed carving (noticeable particularly in the individual strands of hair), and carefully balanced color harmonies making this one of the most exemplary compositions from the period of the artist’s greatest maturity.