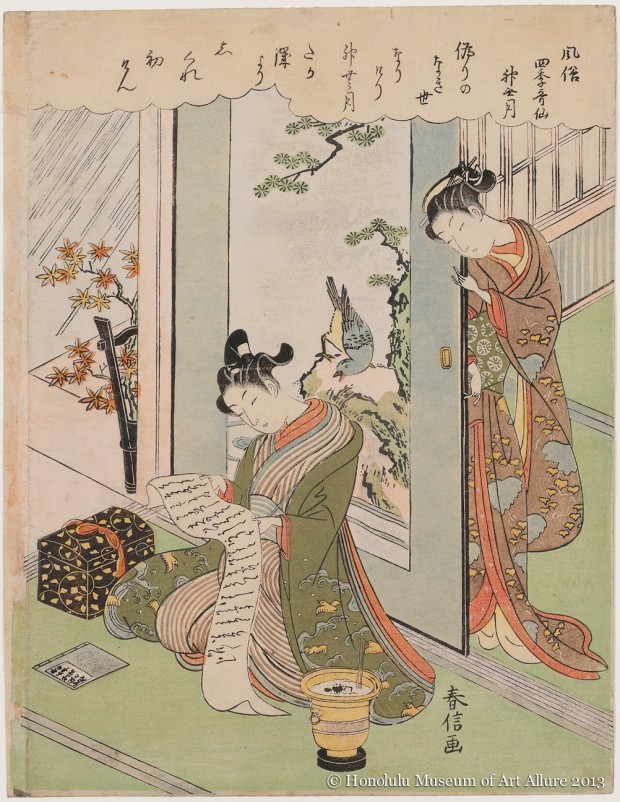 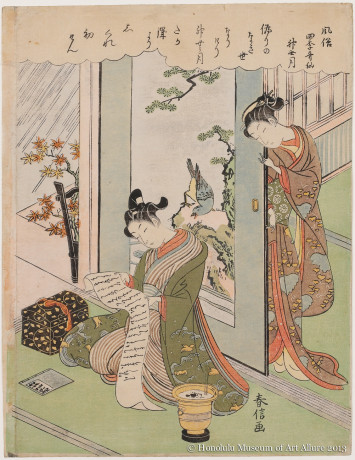 In a world of no deception
When the gods were away,
The merest sincerity would cause a sudden rain.

A handsome youth (wakashū) sits on the veranda, his drum (taiko) secured in a lacquered case (with a gold design) beside him. Taiko entertainers were popular in the Yoshiwara, where they served a role similar to jesters and were an essential part of the entourage of any daijin (translated by Cecelia Segawa Seigle as “big spender”). By Harunobu’s time, they were associated with a dissolute lifestyle, and while he clearly captivates his young student, her family would not likely have considered him a desirable suitor.

His pupil stands behind a sliding door, spying on him as he reads a love letter from her; her intensity is parodied by the bird (painted on the door), which also appears to be looking over his shoulder. Although the poem in the upper register makes it clear that the sudden shower outside represents her youthful sincerity, the seasonal association of autumn, indicated by the red maple leaves, marks endings rather than beginnings, implying that the affair will not conclude well.