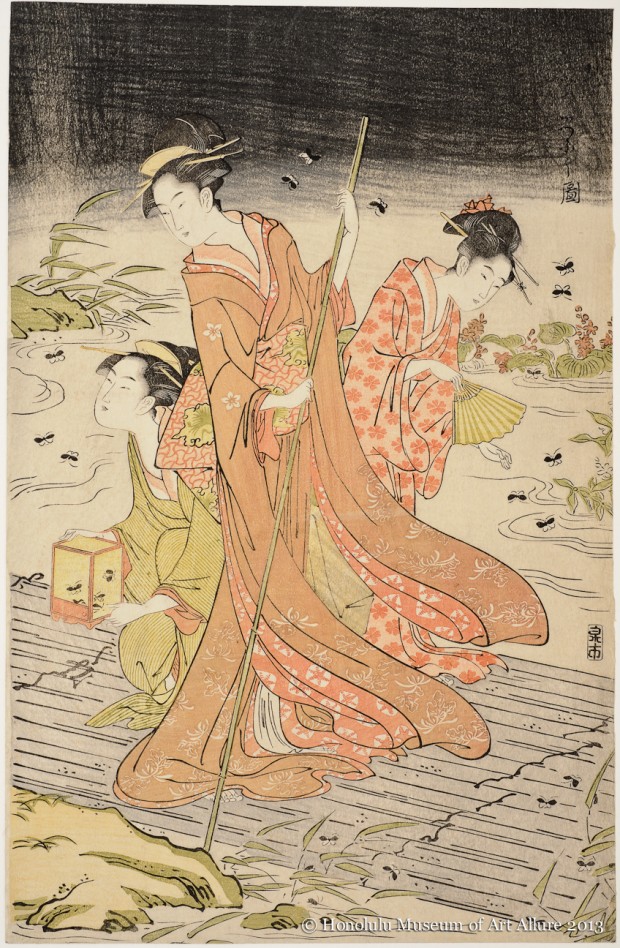 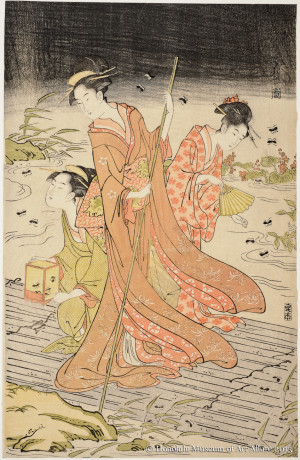 Fireflies appear frequently in Japanese art and poetry, their flickering light a symbol of the ephemeral nature of life. Catching them was a popular activity during the summer evenings and remains so even today. They can be made to illuminate a small paper lantern, such as the one held by the kneeling figure here.

Once again following Kiyonaga, the composition is dominated by three figures, arranged in a pyramidal grouping. A sense of movement as they pole their raft along the river is introduced by the light evening breeze; Eishi has made especially effective use of the central figure’s long-sleeved furisode (worn by unmarried women) as a dynamic compositional element, with the sleeves blown in a sweeping diagonal.

Appropriate to the summer season, all three women wear light cotton kimono, decorated through a variety of techniques including tie-dye (shibori, for example in the inner sleeves of the furisode) and resist dyeing with rice paste (yūzen, for example on the outer surface of the furisode). The furisode was probably originally blue, but before imported synthetic dyes were widely available, the standard blues were highly fugitive, and it has changed to brown from two centuries of exposure.