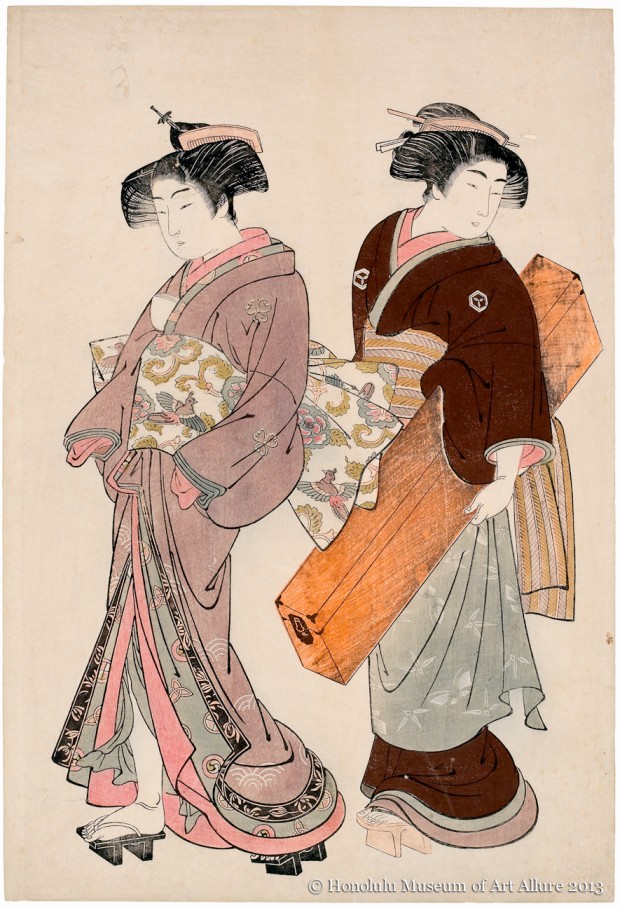 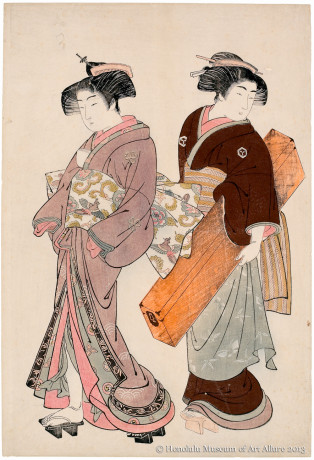 The main subject of this print can be identified as a geisha from her attendant, carrying her shamisen as she goes to an appointment to provide music for a courtesan and her client. While it was courtesans who were famous for their distinctive walk in which the lower hem was flicked to provide a tantalizing glimpse of their ankle, here Shigemasa has employed a similar strategy for the geisha, whose white calf is particularly noticeable against the bold coloring of her inner robes.

The delicacy of the figures shows an indebtedness to Harunobu’s work from a decade earlier, but characteristic of other artists from the 1770s like Koryūsai, the background elements have been entirely removed, focusing the viewer’s attention instead on fine details such as the sumptuously patterned fabrics (especially that of the geisha’s elaborate obi ) and hairstyles (the tōrōbin that was most fashionable at the time). The arrangement and dress of the two women establish a clear hierarchy between them, while a strong sense of structured composition informs their poses, setting a precedent for the design innovations of Kiyonaga that dominated the following decade.