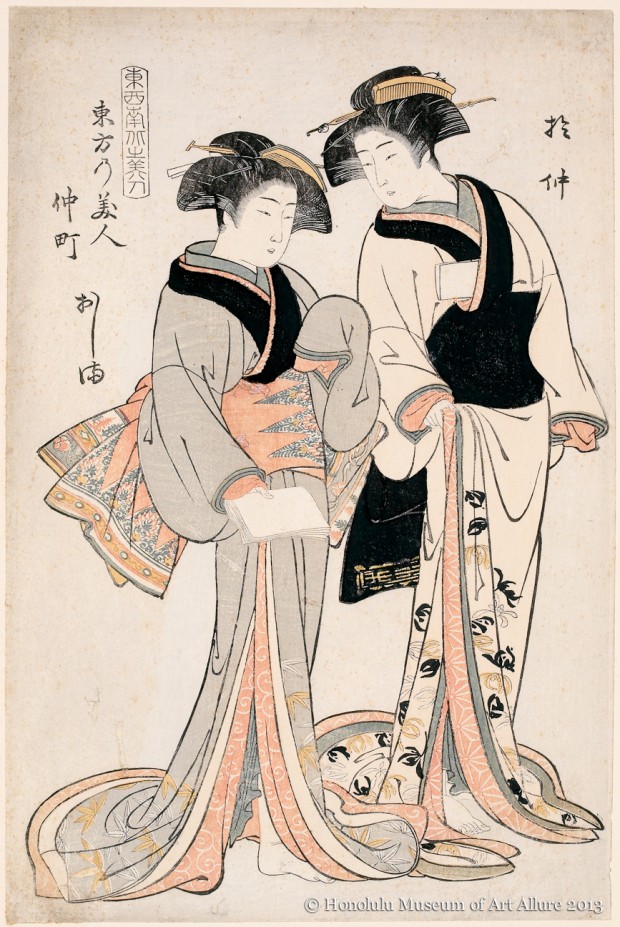 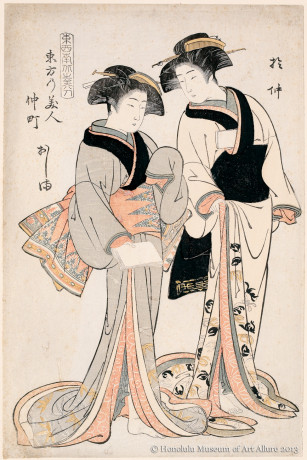 The “east” of the title probably refers to Fukagawa, an area with many unlicensed brothels that over time offered significant competition to the Yoshiwara. Little is known of Onaka and Oshima, but from their connection to Fukagawa, they probably were geisha entertainers. Female geisha became popular in Fukagawa at least a decade before the Yoshiwara, and were a special attraction of the area.

Both women have the tōrōbin hairstyle that was at the height of its popularity at the time, in which whalebone was used on either side to extend the hair in a shape resembling a lantern (tōrō means “lantern”). The design on the left woman’s obi resembles that found on textiles from Gujarat in India, widely imported in Southeast Asia, where they were highly valued and copied, and it might have come from either of those regions (Indonesia was a Dutch colony at the time, and the Dutch East India Company sent regular trade missions to Japan). The courtesans and geisha of Fukagawa were known for their distinctive sense of fashion, and an exotic imported fabric certainly would have added stylistic flare.