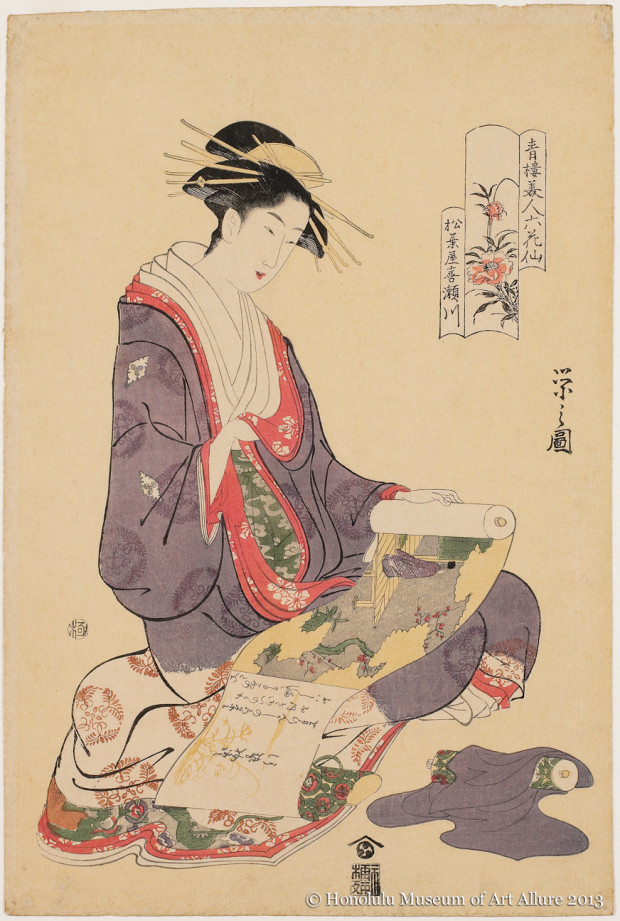 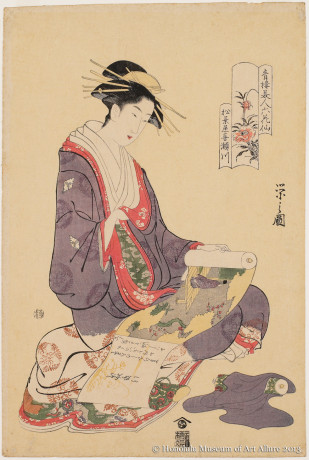 The “Six Beautiful Flowers” (rokkasen 六花仙) of the title for this series is a parody of the “Six Poetry Immortals” (rokkasen 六歌仙) featured in the Collected Japanese Poems of Ancient and Modern Times (Kokin Wakashū, an imperial anthology compiled during the early 10th century). The courtesans of the Yoshiwara were distinguished by their sophistication (tsū), and like their clients, were expected to have a knowledge of classical literature; many high-ranking courtesans attained fame not only for their beauty, but also for their talents in poetry composition and calligraphy.

Appropriately, Kisegawa is perusing one handscroll from a set (another of which is in its cloth wrapper on the ground in front of her) with illustrations of poems from the Heian period (794-1185) Tales of Ise. The illustration shows a courtier gazing at plum blossoms; the accompanying text is comprised of the opening lines of section four, in which plum blossoms recall to the protagonist a failed meeting with a lover from the previous year:

Is not the moon the same?
The spring the spring of old?
Only this body of mine
Is the same body.