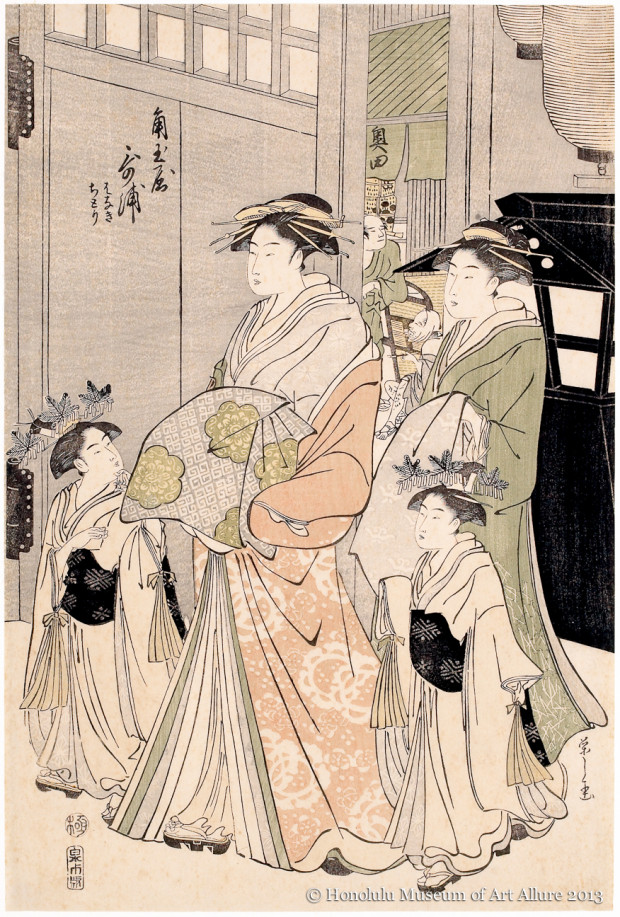 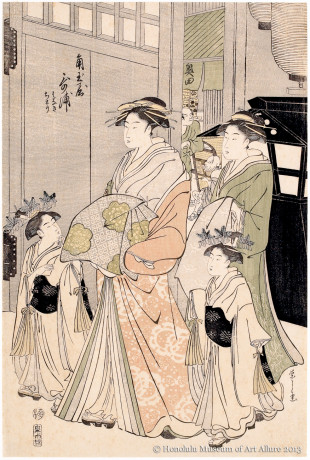 Depictions of a high-ranking courtesan walking through the Yoshiwara with a large entourage were common in the 1780s, and this design is particularly close to those produced by the Katsukawa School, especially Katsukawa Shunchō (active c. 1783-1821); it also follows essentially the same format as Kiyonaga’s image of Segawa earlier in this exhibition. When this print was made, Eishi had not yet developed his mature style (superbly demonstrated in his print of Misayama), and it is not surprising that as a young commercial artist he would have followed closely the most popular trends of the time.

The typical entourage for such a portrayal included a pair of young girls, or kamuro (literally “short-haired”), dressed in matching outfits, the style of which complemented the courtesan’s own robes. Kamuro frequently are identified, and in this case Hanaki’s and Chidori’s names follow that of Utaura in the upper left. Promising kamuro would be raised to the rank of shinzō (“newly made”) in their teens, when they would become courtesans-in-training. It seems that there was some concern that attractive young shinzō not become competition for their mentors; in most cases (including the present design), the shinzō at the back is dressed rather plainly compared to the other figures, and her name is not provided.