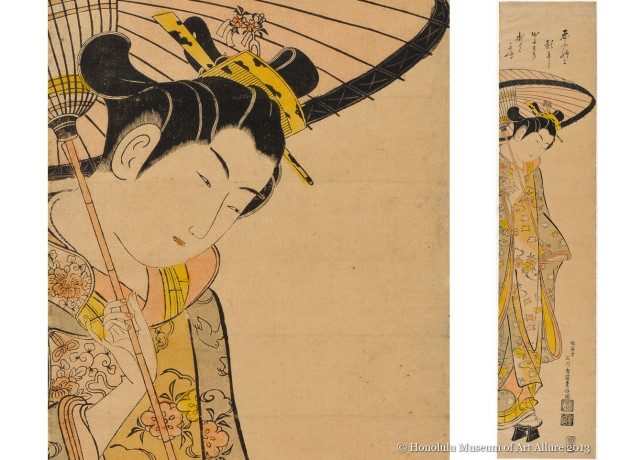 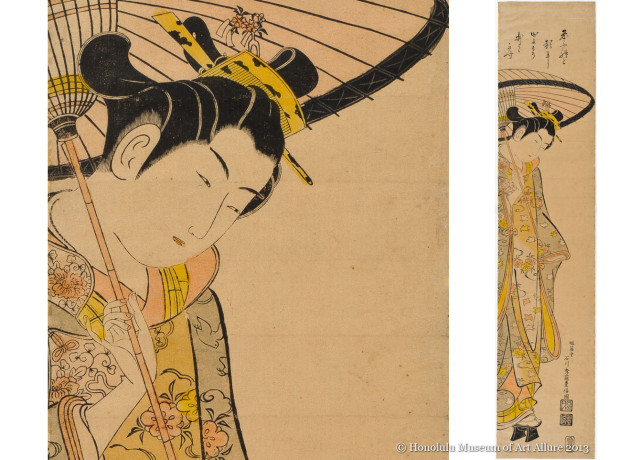 She hid her love
But it showed on her face
When she heard the cuckoo.

Toyonobu flourished before the development of “brocade” or multi-color printing (nishiki-e), and consequently his prints are usually either benizuri-e (literally “pink-printed pictures”), which utilized a limited palette of two colors, or printed in monochrome with hand-coloring. By the time nishiki-e developed in the 1760s, Toyonobu had inherited an inn from his father-in-law, and was no longer active as a designer.

While idealized beauties in the early 18th century tended to be depicted with a stately, imposing presence (see the print by Kaigetsudō Dohan elsewhere in this exhibition), by Toyonobu’s time, more youthful, willowy figures had become fashionable, setting the stage for Harunobu a little more than a decade later. The woman’s coyness is conveyed by the fact that she is fully covered by a raincoat, and further hidden by an umbrella, but as the poem indicates, far from a genuine expression of modesty, this only serves to add an undertone of eroticism to her portrayal.