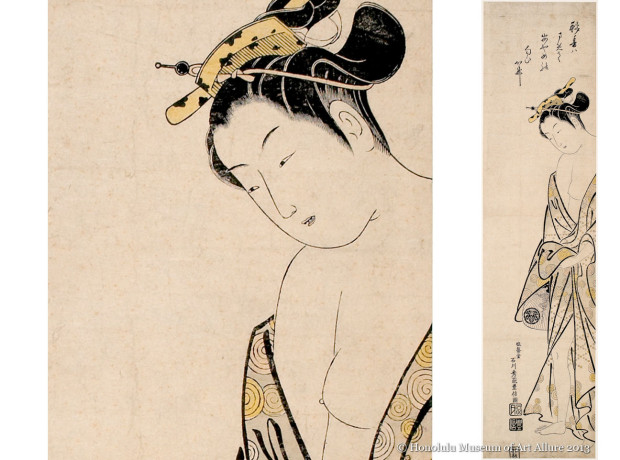 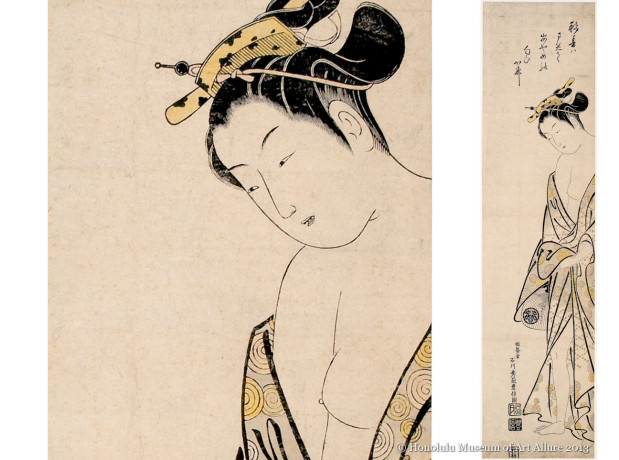 Toyonobu was especially well known for his depictions of women in déshabillé. Courtesans of the time (of which she is likely an example) were renowned for a distinctive walk in which they would flick the hem of their garments to give a glimpse of their calves, driving their admirers to distraction. Here, though, Toyonobu has not depicted such an intentional public display, but rather captured the woman in a private moment after meeting with her lover:

His lingering scent
Fades into
The fragrance of iris.

The voyeurism of the image is heightened by the hashira-e or “pillar picture” format, which provides a long, narrow vertical framing, as if the viewer is spying upon her from a limited vantage point.

In her hand, the woman holds a fan with the crest of the actor Ichimura Kamezō I. Like high-ranking courtesans, Kabuki actors were celebrities, and incorporating their crests into one’s dress was a conspicuous fashion statement.