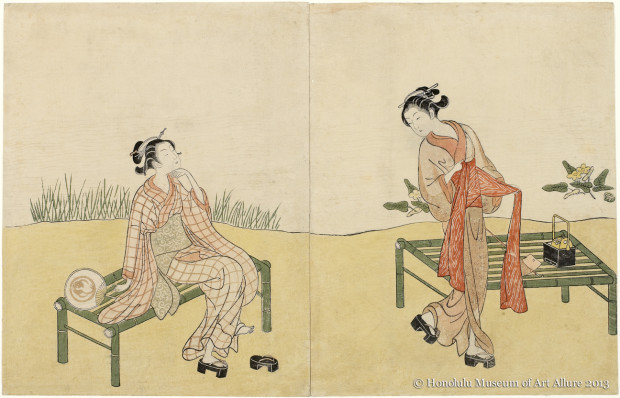 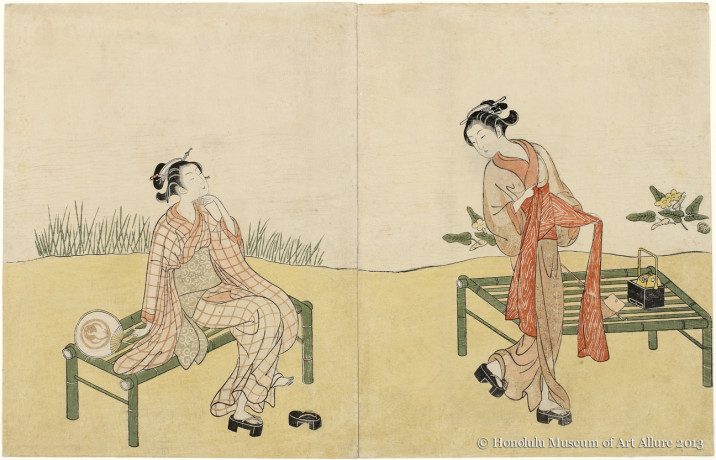 While diptychs (compositions spread over two panels) became popular with artists like Kiyonaga (see the later examples in this exhibition), they were unusual during Harunobu’s time, revealing the artist’s interest in novel effects that would increase the appeal (and marketability) of his prints. Harunobu often recycled his designs, and the composition on the left sheet also served as an egoyomi or calendar print, with a date on the fan corresponding to 1765; here, however, it has been changed to a crest depicting a crane.

Two women sit by the waterside (a light wave pattern is faintly visible in the background) cooling themselves; the summer season is indicated by the setting, the plants, and above all by the diaphanous robes they wear, suggesting their lithesome figures beneath. Women in Japanese prints often are assumed to be courtesans, but the way in which these women have tied their obi sashes (in the back) indicates that they did not belong to that social category.