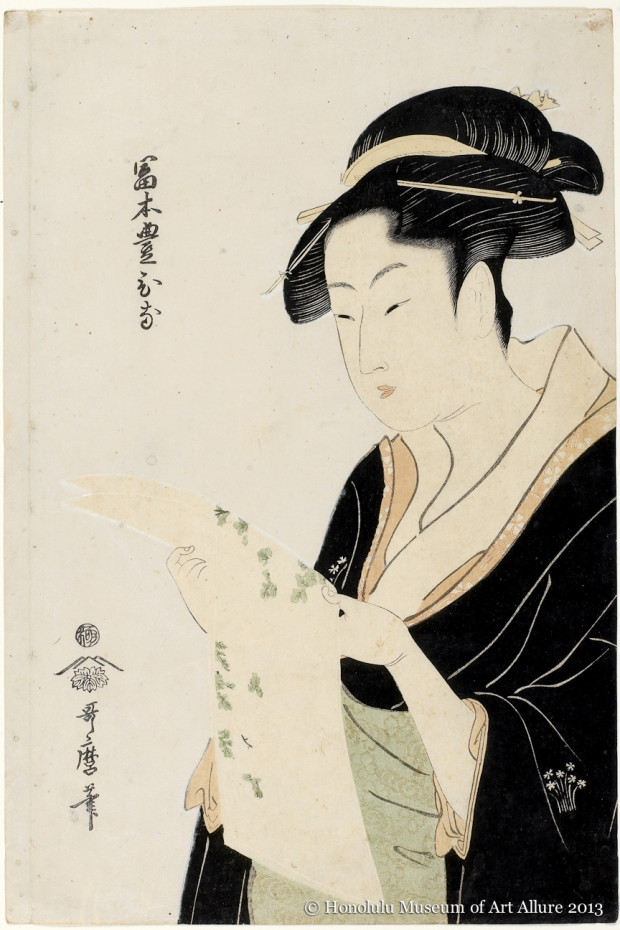 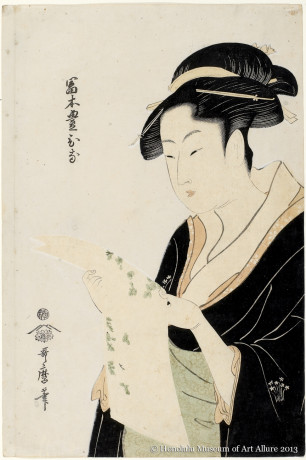 Together with Okita and Ohisa (see the two prints depicting these teahouse waitresses also in this section), Utamaro elevated Tomimoto Toyohina to the status of one of the three most renowned beauties of her age. Toyohina was from a prominent family of musicians that provided entertainment in the Yoshiwara. In much the same way that Okita’s and Ohisa’s beauty was the main attraction drawing customers to their respective establishments, Toyohina’s appeal undoubtedly was as much due to her appearance as to her skills in singing, and Utamaro’s celebration of her would have further elevated the status of an already well-known lineage.

Utamaro had an especially close relationship with Tsutaya Jūzaburō, who published this print, and the two collaborated on some of the most sumptuous printing projects of the late 18th century. Tsutaya was actively involved in the distinctive culture of the Yoshiwara at its peak, and his first shop was located just outside the Yoshiwara’s gate. He had a reputation for quality, and the lavish use of costly materials like mica and special printing techniques like embossing (karazuri) show that he spared no expense in the making of this print. An interesting feature is the luxury edition print (surimono) within a print that Toyohina is shown reading.