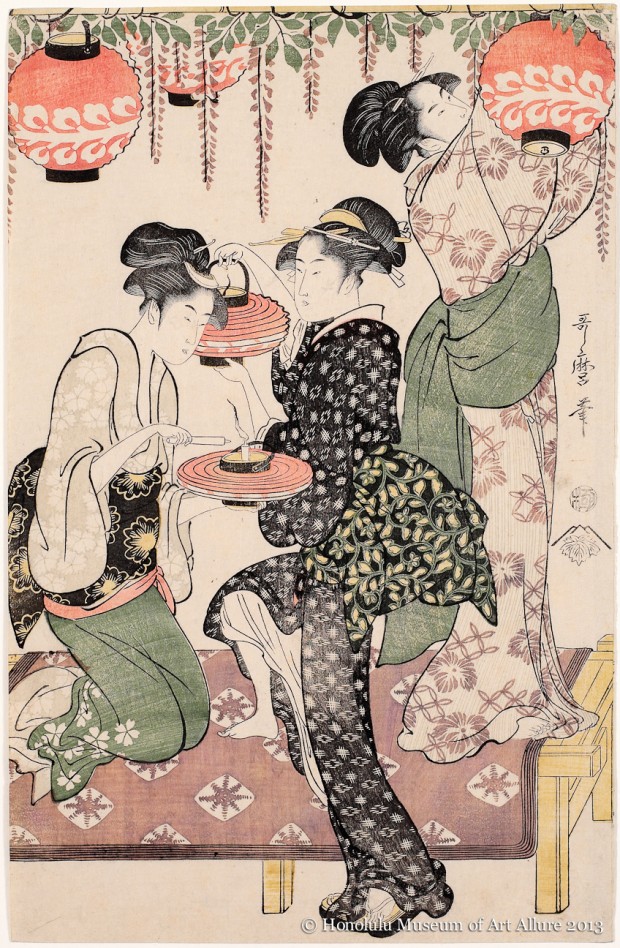 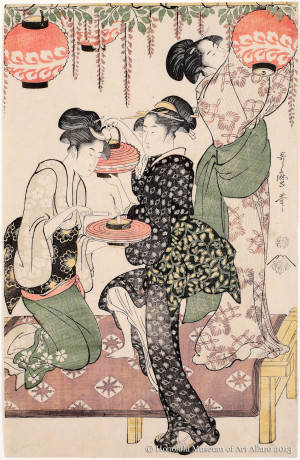 Once again we find Utamaro turning his attention to the beauty of teahouse waitresses in this middle print from a triptych. Teahouses such as this one were used for assignations, and the bench covered with a patterned cloth, the wisteria arbor, and the lighted lanterns would have provided an appropriate setting for a courtesan to display her charms as she waited for her client.

Three young women hang lanterns for the evening’s festivities; each is differently posed, and the lanterns are depicted in three separate stages of being prepared and tied to the trellis. The slender, gracefully youthful, full-length figures are characteristic of Utamaro’s work from the mid-1790s, as is the kasuri fabric of the central woman’s kimono, featured also in several other prints by the artist from the same time in this exhibition.

The color used for the wisteria, bench cover, and design on the woman on the right’s kimono was a fugitive dye that has darkened, but still retains some sense of its original purple-blue (in other prints, like Flower Arrangement Contest between Okita and Ohisa in this exhibition, it has turned brown). In the 19th century, imported “Prussian blue” synthetic dye became more widely available, resulting in stable blues that have survived into the present.