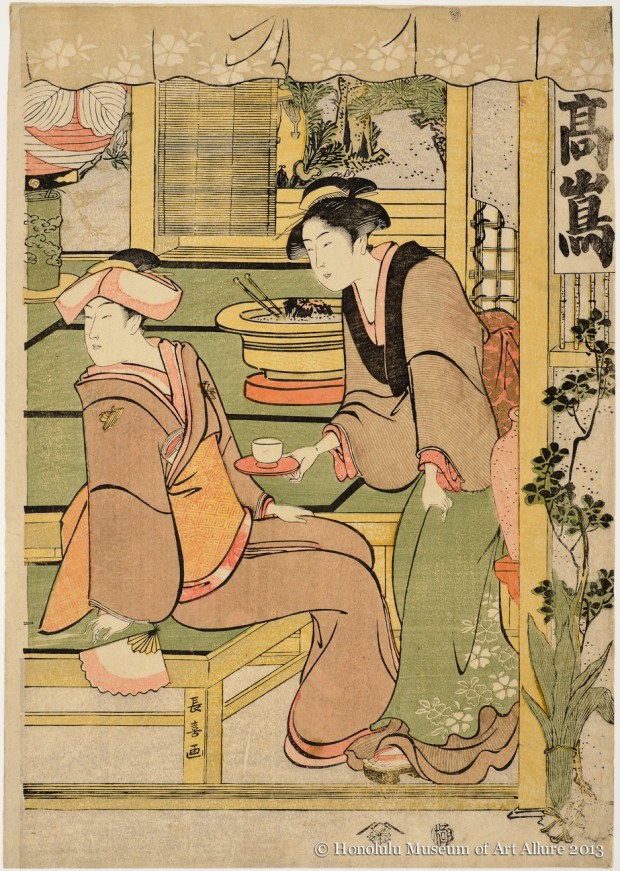 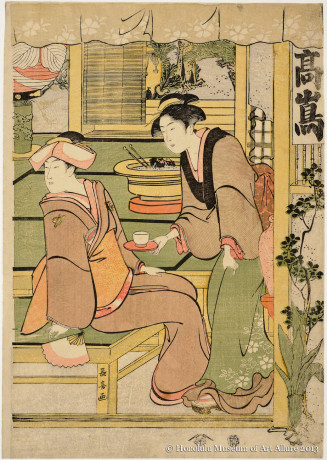 At first glance this print appears to be a typical genre scene of a teahouse, but it becomes more interesting when we realize that the teahouse in question is the Takashimaya (identified by the signboard on the right), which was famous for the beauty of its waitress, Ohisa. While the print is later, and by a different artist, careful observation reveals that Chōki used the same soft, rounded contour for Ohisa’s face as Utamaro did in his depictions from several years earlier (see the two prints by Utamaro also in this section).

The less-than-subtle body language is revealing; despite the fact that Ohisa was one of the most celebrated beauties of her generation, the other woman turns away from her as if she were insignificant. On one hand, this could be Chōki’s humorous way of conveying that female clients were immune to Ohisa’s charms (or at least in their jealousy pretended to ignore her). On the other hand, though, the message might be more poignant: by the time this print was made, the aging (by the standards of the time) Ohisa was in her mid-20s, and perhaps she was already losing her reputation as the main attraction for her family’s business.