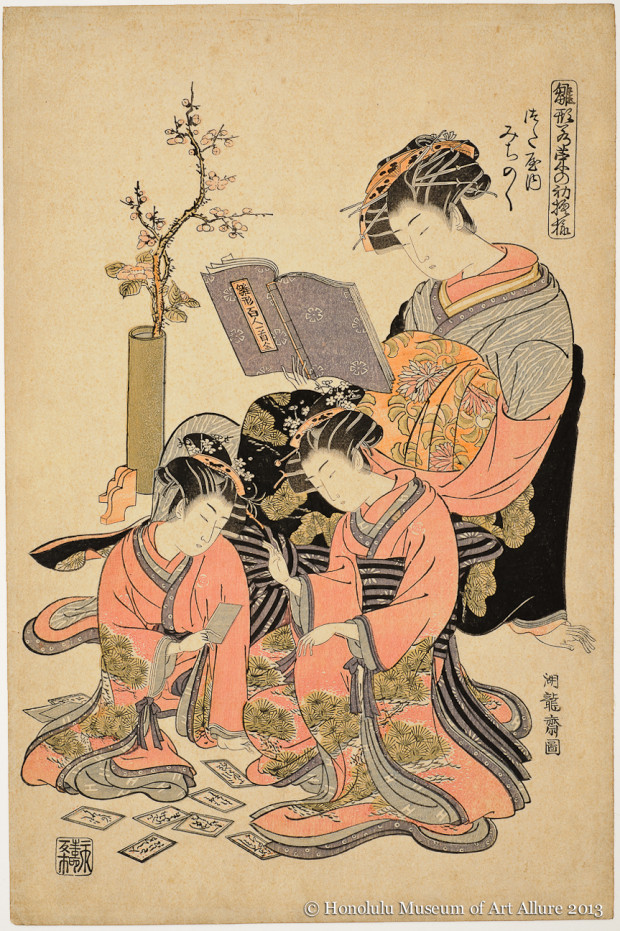 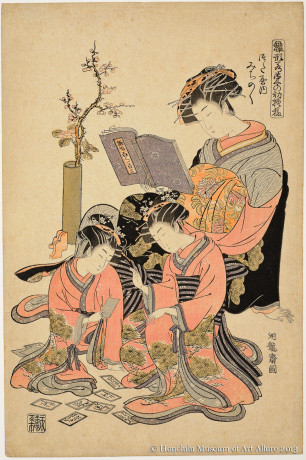 The series from which this print comes was Koryūsai’s magnum opus, with 110 designs by the artist produced from 1776-1782. It was so successful that the publishing firm, Eijudō (which later was responsible for such masterpieces as Hokusai’s series 36 Views of Mount Fuji) approached Kiyonaga to continue it; he added approximately ten more designs in 1782-1784. While the series developed upon the innovations introduced by Harunobu, it also marked the emergence of Koryūsai’s own distinctive mature style.

Although the figures are in some ways reminiscent of Harunobu, their more prominent role in the composition, with background elements virtually eliminated, is characteristic of Koryūsai, as is the extensive use of red, here effectively contrasted against different shades of gray and black. Michinoku reads from the compilation One Hundred Poems by One Hundred Poets (Hyakunin isshu), while her attendants (kamuro) play a card game in which the poems have to be matched. Appropriate to the season, Michinoku has a black outer kimono with a design of pine boughs, while the kimonos of her kamuro match the red lining of her own, with the same pattern.