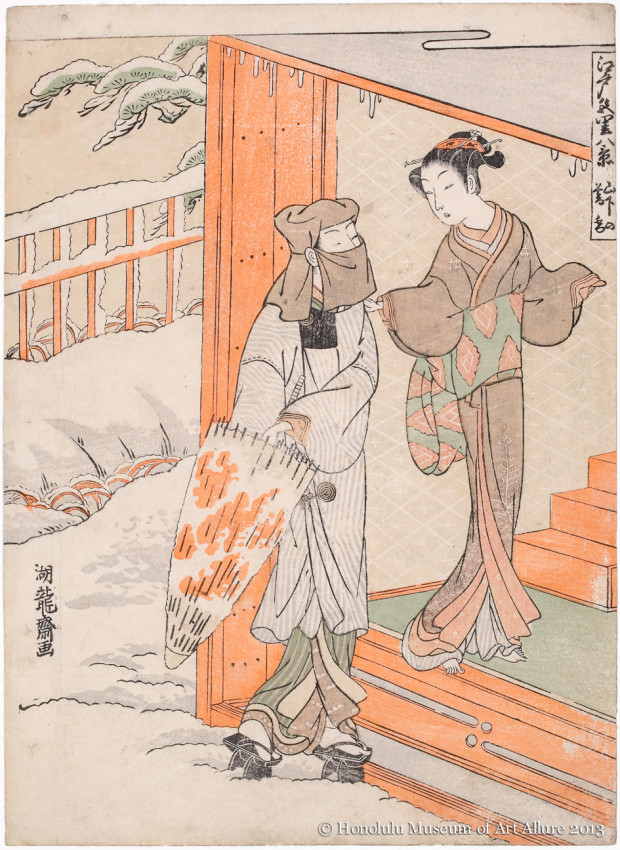 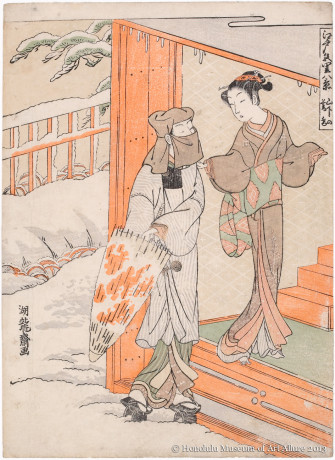 While the Yoshiwara was the only district in Edo licensed for prostitution for most of the Tokugawa shogunate, the world’s oldest profession also was practiced in many unlicensed brothels, teahouses and bathhouses around the city, despite occasional government crackdowns. Yamashita (near modern Ueno Station, now dominated by a park with many of Japan’s most prominent museums) had a concentration of unlicensed brothels. There is nothing in the design to specifically identify the setting, and the woman does not have her obi tied in front as we would expect from a courtesan at the time, but from the title in a cartouche in the upper right we know that this is a scene of a client braving the harsh winter weather in search of pleasure.

The “eight views” of the title is a parody of a classical subject in the arts: it was common to depict regions distinguished by their natural beauty in eight standard themes, including evening snow, beginning with the Xiao and Xiang rivers in China, but also used for many Japanese landscapes. Like several other ukiyo-e artists, here Koryūsai playfully applied the concept to a different kind of beauty to be found in the city of Edo.