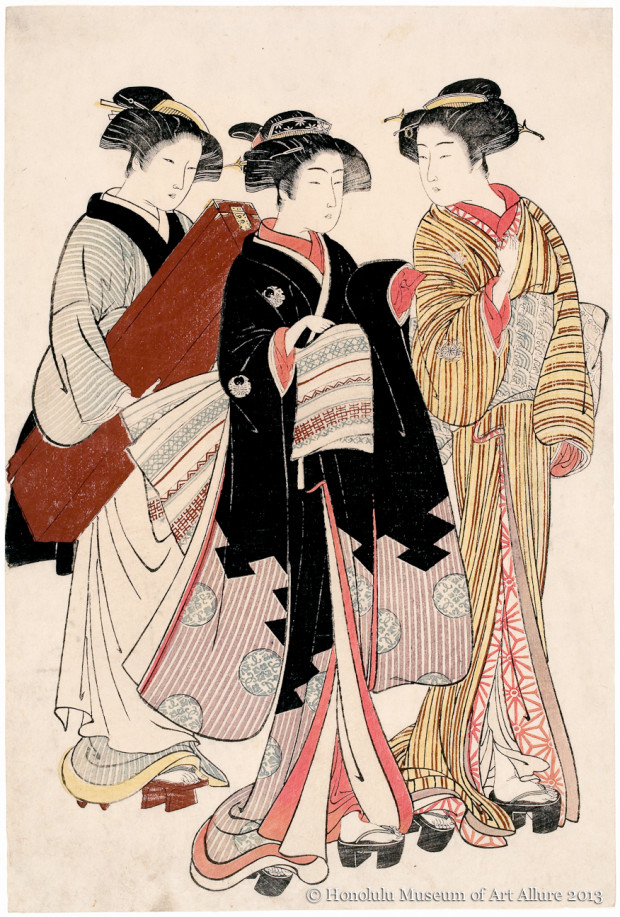 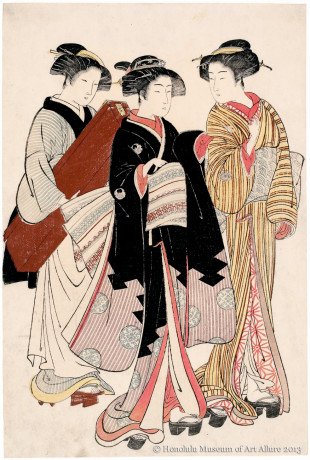 The Yoshiwara provided employment for a variety of entertainers, including taikomochi (drummers who accompanied the entourages of wealthy male clients and served a role similar to jesters), odoriko (dancers, generally young women, who sometimes engaged in unlicensed prostitution and were occasionally arrested and forced to work without pay in the Yoshiwara as a punishment), and geisha, musicians who were hired by courtesans to provide music for their meetings with clients.

Probably since attractive geisha could draw attention away from the courtesans they served, most geisha in the Yoshiwara before the 1760s were men, but by the time this print was made a decade later female geisha had become increasingly popular, and by the end of the 18th century the majority of geisha were women. As this trend developed, geisha started to become recognized as icons of beauty in their own right, and were popular subjects for artists like Shigemasa and Kiyonaga (see Departing Geisha on display nearby) in the 1770s-1780s.

Geisha generally played the shamisen, a three-stringed lute introduced from the Ryūkyū Islands in the 16th century, and they usually can be identified in ukiyo-e by their attendants carrying these instruments in large cases as they go to their appointments.