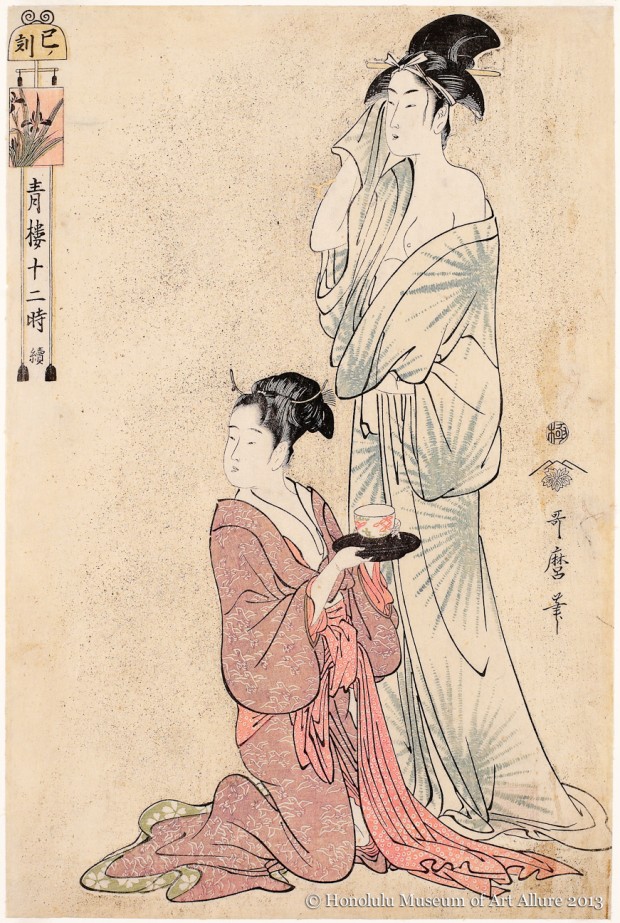 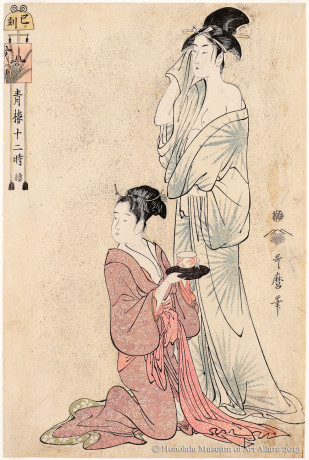 Traditionally in Japan, the day was divided into twelve intervals, each named after a zodiacal sign. This way of telling time provided Utamaro with a clever schema for a series depicting the life of the Yoshiwara courtesan. A cartouche in the shape of a pillar clock contains the title of the series, and the individual hours are announced on the bell portion. The present print depicts the hour of the snake (9-11 a.m.), with a courtesan emerging from her morning lustrations to receive a refreshing cup of tea from a servant.

The image of pampered courtesans in prints like this belies the sometimes harsh reality of their lives. Many courtesans were purchased from poor families as young girls, through a network of scouts that scoured the countryside for potential candidates. While successful courtesans enjoyed an education that brought not only literacy and social skills, but also many physical comforts, they also incurred substantial financial obligations. Courtesans had daily quotas of clients (which if they failed to meet, resulted in heavy penalties), and it was common for them to be in a state of perpetual indebtedness that resulted in virtual slavery.