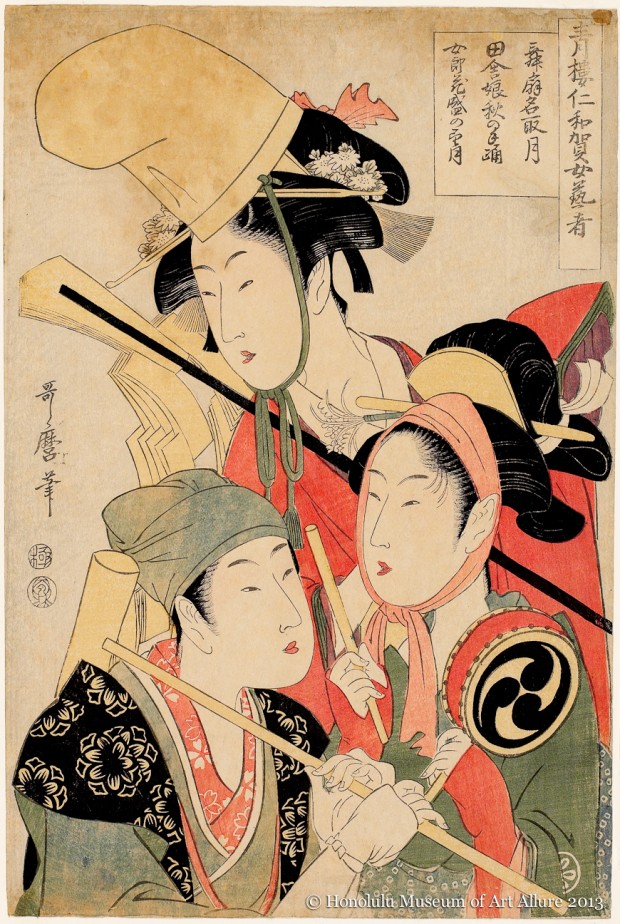 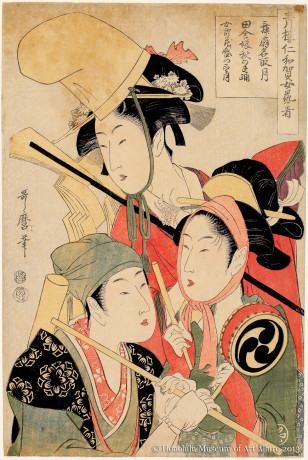 Over time, the proprietors of the establishments in the Yoshiwara encouraged the development of a number of annual events to attract visitors, transforming the quarter from a mere assemblage of brothels into one of the city’s major tourist destinations. One of these was the Niwaka Festival in honor of the fox god Kurosuke Inari, held during the eighth lunar month. When the original Yoshiwara was established, it inherited a local shrine to this deity, and when the quarter was moved in 1657 the shrine moved with it, taking up its new role as protector of the brothels and their courtesans. In traditional legends, the fox was believed to be able to assume human form, and there were many famous stories about foxes that turned into beautiful women in order to bewitch unsuspecting lovers, making Inari a particularly appropriate patron deity for courtesans.

By the time this print was made, the festival had become an elaborate event, with floats carrying courtesans and geisha that stopped in front of each establishment for a spontaneous performance of dance and music (niwaka means “impromptu”). Here, Utamaro has shown three geisha dressed in costumes as a country maiden, a drummer and a shirabyōshi court dancer.