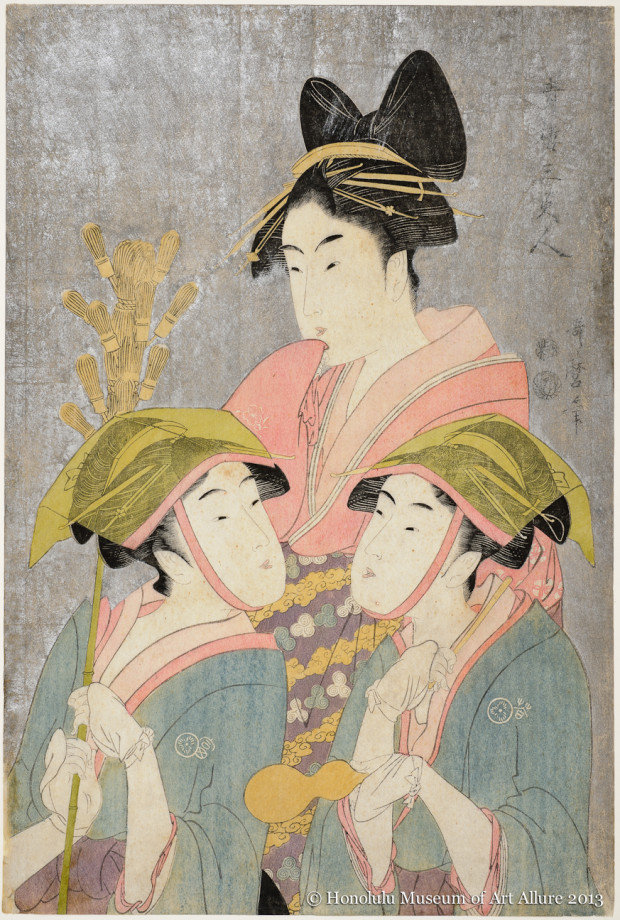 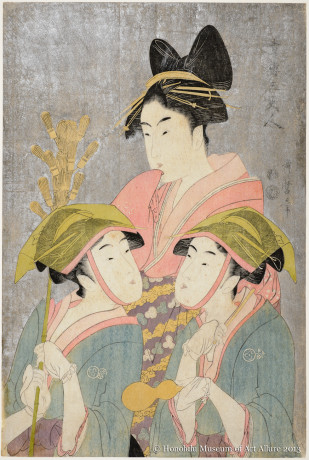 This print is similar in design to the one also in this section from Utamaro’s series Geisha Dancers from the Niwaka Festival, and it was produced by the same leading publisher, Senkakudō (identified by the crane-shaped seal next to the artist’s signature). However, it does not bear the same series title, and while that title indicates the series focused on geisha, the subject here instead is a courtesan and her two shinzō attendants (they can be recognized as shinzō from the fact that they are dressed in matching outfits, and each bears the crest of her supervising courtesan in white on her robe). In addition, this print is a luxury edition, with a lavish mica background, suggesting that it would have been printed in more limited numbers.

Like Geisha Dancers, the subject is the Niwaka Festival, and the two attendants are dressed as tea whisk seller and lay priest drumming on a gourd, presumably for an impromptu skit having to do with street characters. The courtesan holds her hand, covered by a robe, in front of her mouth, in gesture indicating amusement at their comic performance.